Although he achieved fame in France, Fiacre was originally from Ireland, one of the great traveling monks. 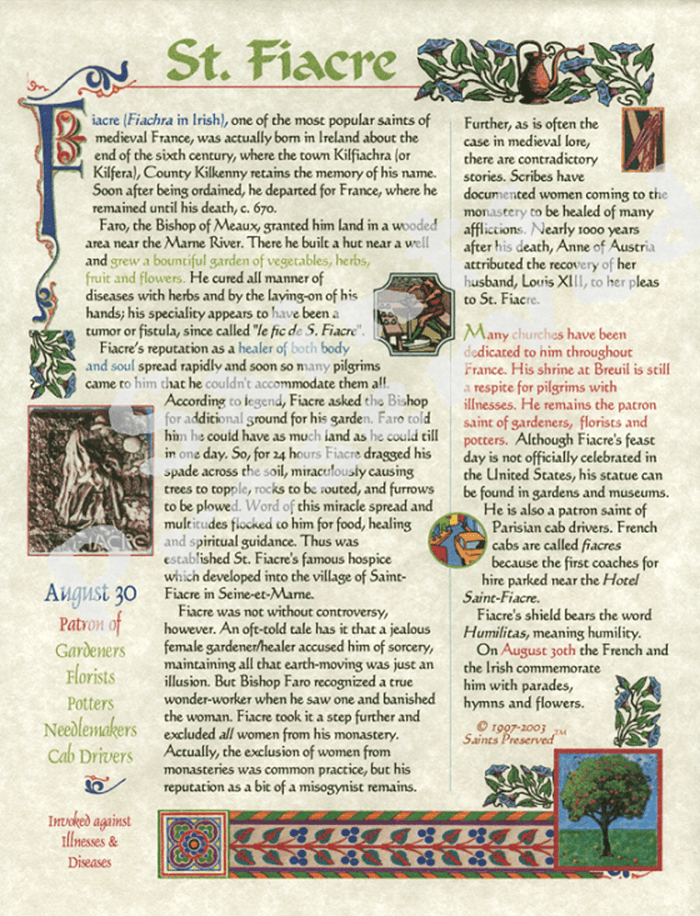 Our Scroll may be purchased at patri​arts​gallery​.com

One of the most popular saints of medieval France, Fiacre (Fiachra in Irish) was actually born in Ireland about the end of the sixth century. Soon after being ordained, he departed for France, remaining there until his death, c. 670.
Faro, the Bishop of Meaux, granted him land in a wooded area near the Marne River. Fiacre built a hut near a well and grew a bountiful garden of veg­eta­bles, herbs, fruit and flowers.    Fiacre’s rep­u­ta­tion as a healer of both body and soul spread rapidly and soon so many pilgrims came to him that he couldn’t accom­mo­date them all.
According to legend, Fiacre asked the Bishop for addi­tion­al ground for his garden. Faro told him he could have as much land as he could till in one day.    So, for 24 hours Fiacre dragged his spade across the soil, mirac­u­lous­ly causing trees to topple, rocks to be routed, and furrows to be plowed. Word of this miracle spread and mul­ti­tudes flocked to him for food, healing and spiritual guidance. Thus was estab­lished St. Fiacre’s famous hospice which developed into the village of Saint-Fiacre en Seine-et-Marne.

Many churches have been dedicated to him through­out France. His shrine at Breuil is still a respite for pilgrims with illnesses. He remains the patron saint of gardeners, florists and potters.

He is also a patron saint of Parisian cab drivers. French cabs are called fiacres because the first coaches for hire parked near the Hotel Saint-Fiacre.
Fiacre’s shield bears the word Humilitas, meaning humility. 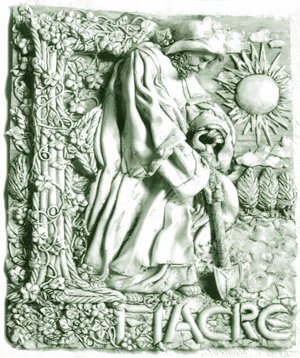 Our limited edition sculp­tur­al plaque is available for purchase at patri​arts​gallery​.com 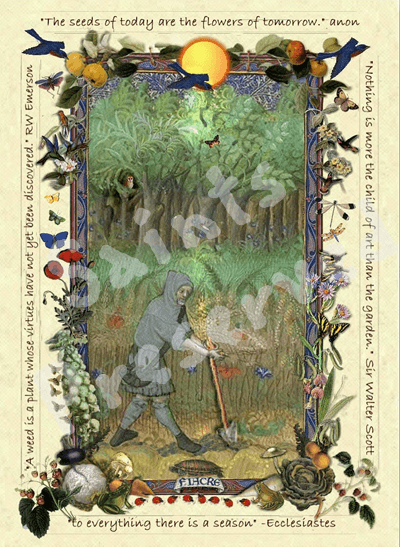 The original “Anachron” may be purchased at patri​arts​gallery​.com 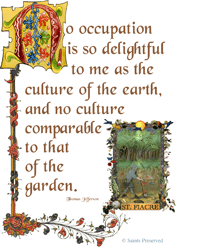