Gertrude was abbess of a double monastery, founded by her mother, Itta, at Nivelles, Belgium. Though known for her hospitality and generosity to travelers and pilgrims, she left the management of her monastery to a few trusted nuns and monks, in order that she might gain more time for study, meditation and prayer.

A mystic and visionary, she was venerated as a saint immediately after her death on March 17, 659, at age of 33, and a church later was erected in her honor.

A large following venerating Saint Gertrude spread widely throughout Belgium and its neighboring countries where quite a bit of folklore accumulated.

She is recognized as a patroness of travelers, including those who have recently died. In art, Gertrude is often depicted with mice (some say symbolizing the souls in purgatory) running up her pastoral staff. As late as the 19th century, offerings of gold and silver mice were left at her shrine in Cologne. She is still invoked against rodents and it is said that water from her well and cakes baked in her convent ovens will keep them away.
Her power over rodents apparently accounts for her traditional patronage of cats.

Gertrude is considered one of the patron saints of gardeners because fine weather on her feast day means it is time to begin spring planting.

Learn more about Gertrude and her family at these links:

Biographical info from the Catholic Encyclopedia  and from

Why is St. Gertrude the Patron Saint of Cats?

Gertrude’s patronage of cats is most likely because water from her well, and bread baked in her oven, were believed to repel rodents.…

You’ll find all kinds of information pertaining to Gertrude on our Links page,
from fun to serious — a Kitchen Sink, as it were.

Who was St. Gertrude? 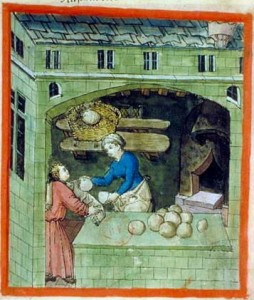 Isn't it about time we recognized St. Gertrude's Day?

Instead of green beer, have some green tea!
...and catnip* 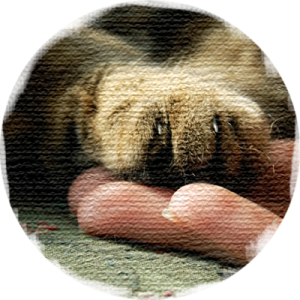 Every Christmas I believe in a Christmas miracle. You are mine this year. Yesterday I noticed that one of my six cats was sick. He was having problems going to the bathroom and then started to vomit. I'm a nurse practitioner so I know this to be a serious condition in people and figured it to be just as bad for cats. My regular vet was off so I took him to a neighboring vet for treatment which made me a little nervous and him very scared. He was diagnosed with a severe case of constipation and needed immediate treatment and intravenous hydration requiring an overnight stay in the hospital.
I was so upset to say the least. I am a very religious person and I started to pray to God to look over my Chester. Then I thought....there must  be a special saint that I could pray to . My internet search took me to your website and that's where I found St. Gertrude of Nivelles along with your beautiful art and jewelry. I prayed to St. Gertrude and within an hour the vet called and said Chester tolerated the procedure well, was doing fine and I could pick him up in the morning. That's when I went back to your website and ordered the poster of St. Gertrude. I have one empty wall in my family room that has been waiting for something special to hang there. St. Gertrude it is!
Wishing you and your loved ones a Blessed Christmas! May the angels always be at your side.

"If animals could speak, the dog would be a blundering outspoken fellow; but the cat would have the rare grace of never saying a word too much. " 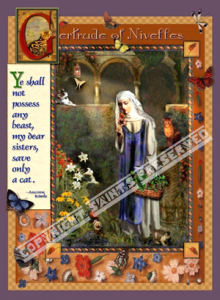 Our Anachron
is available in a variety of media:Art-to-Wear, chaplets, Spirit Tags for Cats, Greeting Cards and more 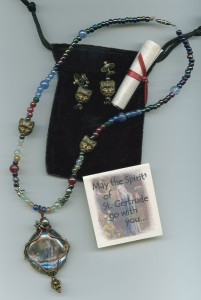