The life of this beloved saint is well-documented by scholars and artists, but versions do vary. The information below was taken from my “illuminated manuscript” about St. Francis. I’ve highlighted links to click  for more information. -pb 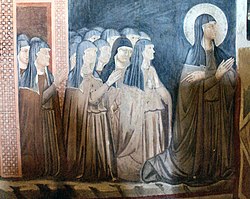 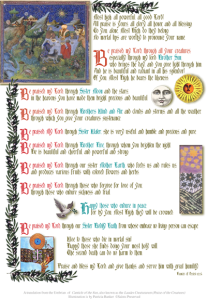